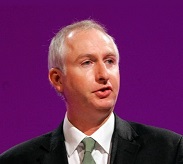 Before MPs voted on whether the UK should join air strikes in Iraq. Cambridge Labour Parliamentary Candidate Daniel Zeichner says that having consulted people across Cambridge, he finds that although there are strong views both for and against, most people are sceptical, and he shares that scepticism:

Everyone is horrified by the barbarism of ISIL -; but that isn’t the question. The question is whether having RAF bombers involved in this campaign makes a long-term solution more or less likely. ISIL wants to portray their cause as a war against the West -; and we risk giving them exactly what they seek. Just a year ago, we were poised to bomb the other side -; which shows just how complicated this situation is. In these circumstances, my view is that the UK should give every humanitarian and technical support, but should not join the air strikes.