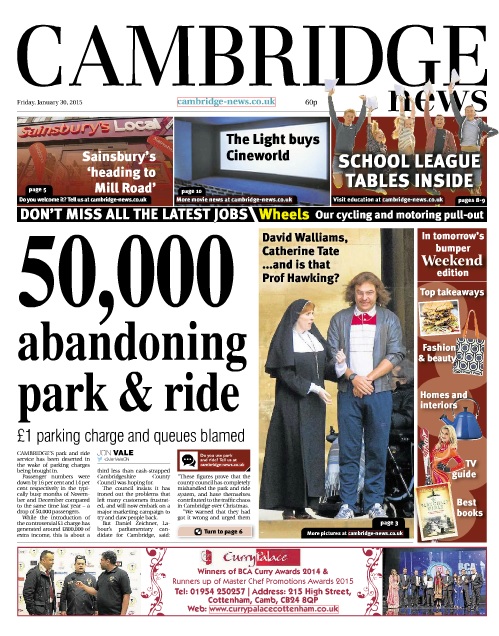 The front page in today’s Cambridge News reveals that Cambridge’s Park and Ride has been deserted in the wake of parking charges being brought in by the Tory-led County Council. Daniel Zeichner warned this would happen.

Passengers were down by 16 per cent and 14 per cent respectively in the typically busy months of November of December compared to the same time last year -; a drop of some 50,000 passengers.

Daniel told the paper: “These figures prove that the county council has completely mishandled the park and ride system, and have themselves contributed to the traffic chaos in Cambridge over Christmas.

“We warned that they had got it wrong and urged them to think again, but they took no notice. Passengers were left confused by the new machines and voted with their feet by getting back in their cars.

“Cambridge deserves and needs a much better transport system than this -; an incoming Labour government will establish a local transport authority whose priority is to get the job done for Cambridge.”