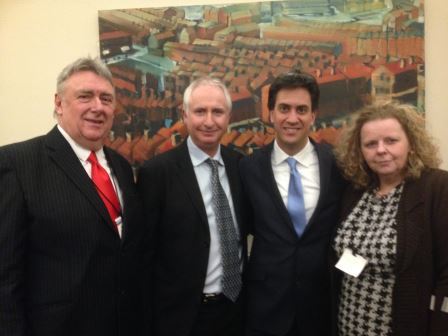 Labour leader Ed Miliband has praised “local heroes” Ann Robinson and John Woodhouse at a special event in the Houses of Parliament after they were nominated as unsung heroes of Cambridge.

Ann Robinson led the campaign to save Lifeworks, the drop-in centre for people with personality disorders that was threatened with closure while John Woodhouse is a stalwart of the Cherry Hinton community regularly staging charity fundraising concerts as an Elvis Presley impersonator and who 25 years ago dreamt up the idea of the  Cambridge “Mayor’s Day Out”, the city council-run seaside outing for OAPs still going strong today.

Daniel Zeichner said: “Too often people aren’t told “thank you” so it’s great to celebrate a duo from Cambridge who give so much to their communities.”