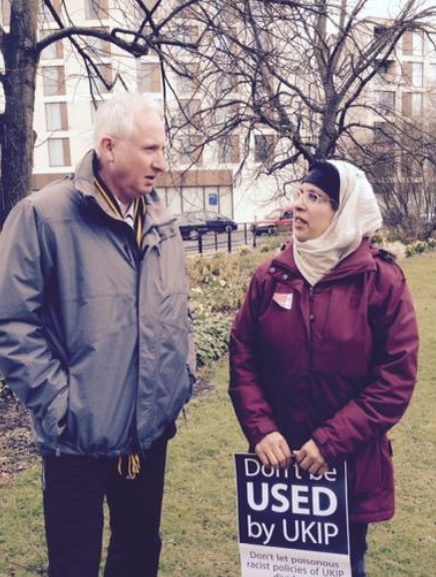 A rally has been held in support of a Muslim mother who says she and her one-year-old daughter were subjected to racist abuse in the park off Mill Road.

Rally organisers Cambridge Unite Against Fascism, said they were “appalled at the incident”.

At the well attended rally, Daniel Zeichner said, “Incidents like this have no place in Cambridge. That’s why it is important to stand in solidarity and say no racism.”