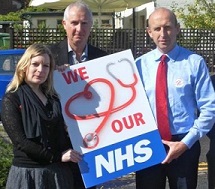 I am delighted that Addenbrookes has won the contract -; this will reassure patients who faced being guinea pigs in an unwanted trial, and reassure staff who have been understandably concerned about their future. But I am incredibly angry about the money that has been wasted on consultants, lawyers and advisers -; which runs to many millions of pounds. All that money could have been better spent training much-needed nurses. After almost three years of uncertainty, we still end up with a less integrated service than we started with, because social care has been transferred back to the County Council. The CCG was forced to go out to tender because of the Health and Social Care Act imposed by Conservatives and Liberal Democrats -; Labour will abolish it, and build genuine integration through co-operation, not competition.