Stagecoach Bus Monopoly in Cambridge will be challenged says Labour

The effective monopoly over bus services held by operator Stagecoach in
and around Cambridge will be challenged after the next election if
Labour wins says Labour Candidate Daniel Zeichner after a major
announcement by Ed Miliband today. 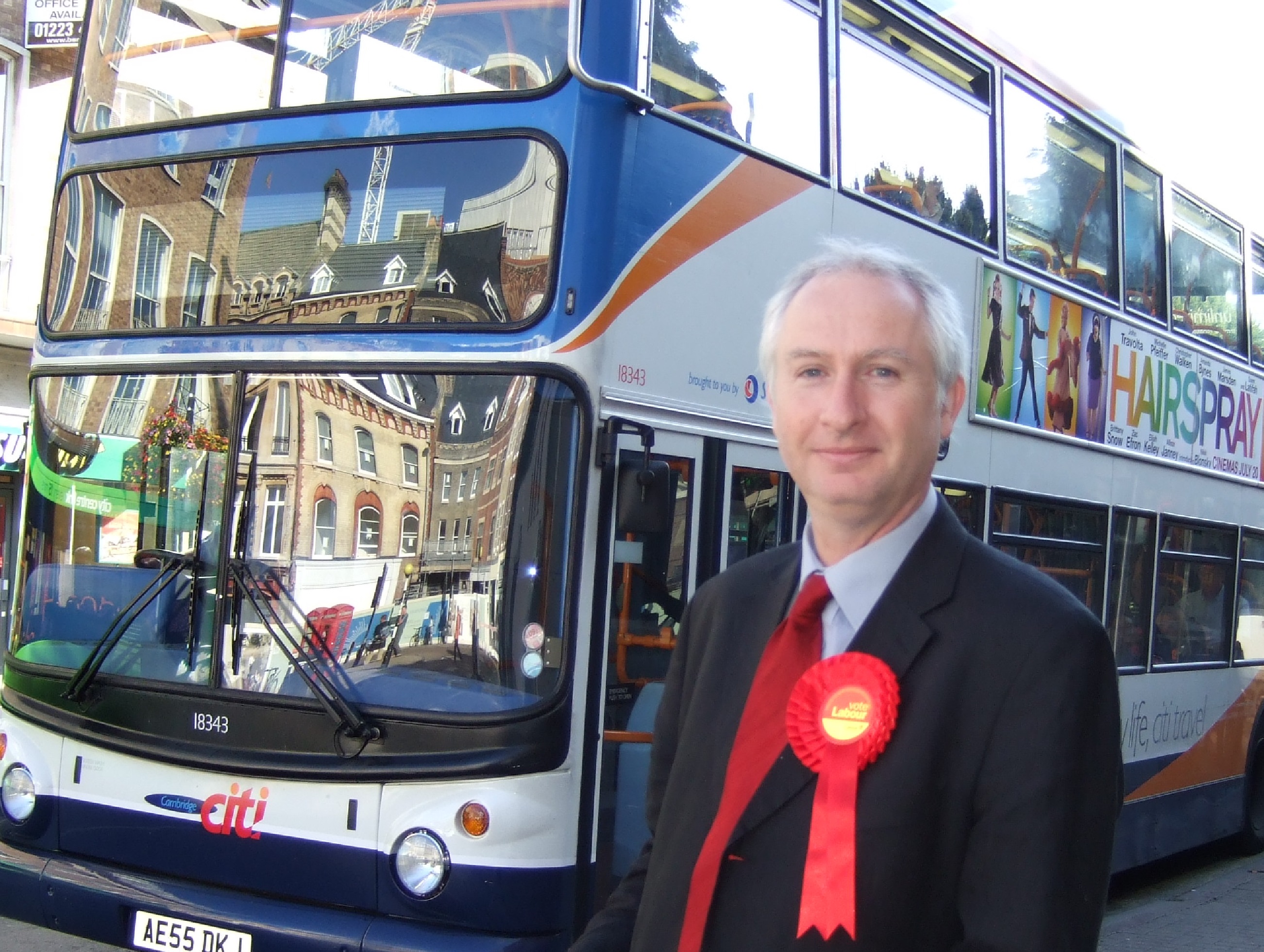 Speaking in Manchester this morning, the Labour leader said that
Labour’s election manifesto will commit the next government to giving
city and county regions more power over their public transport networks
so they are able to set the right bus routes and have fairer fares, as
well as integrate their transport services to help working people and
businesses succeed in their areas. This will give regions similar powers
to regulate their bus services as those in London.

Mr Zeichner, who is a member of Labour’s Transport Commission and has
long-argued for the London system to be spread to the rest of the
country, says that this is the game-changer passengers have been looking
for:

The last Labour Government gave county councils like Cambridgeshire the chance to set fares and frequency of local bus services, but
Conservative-controlled authorities refused to take up the offer. With a
Labour government, a Labour City Council in Cambridge and a Labour MP in
Cambridge after the next election, we will be in a strong position to
insist that the interests of passengers come first. In particular, a
London oyster-style payment system is long-overdue on Cambridge buses to
end the long delays getting on buses that so slows down so many
services.