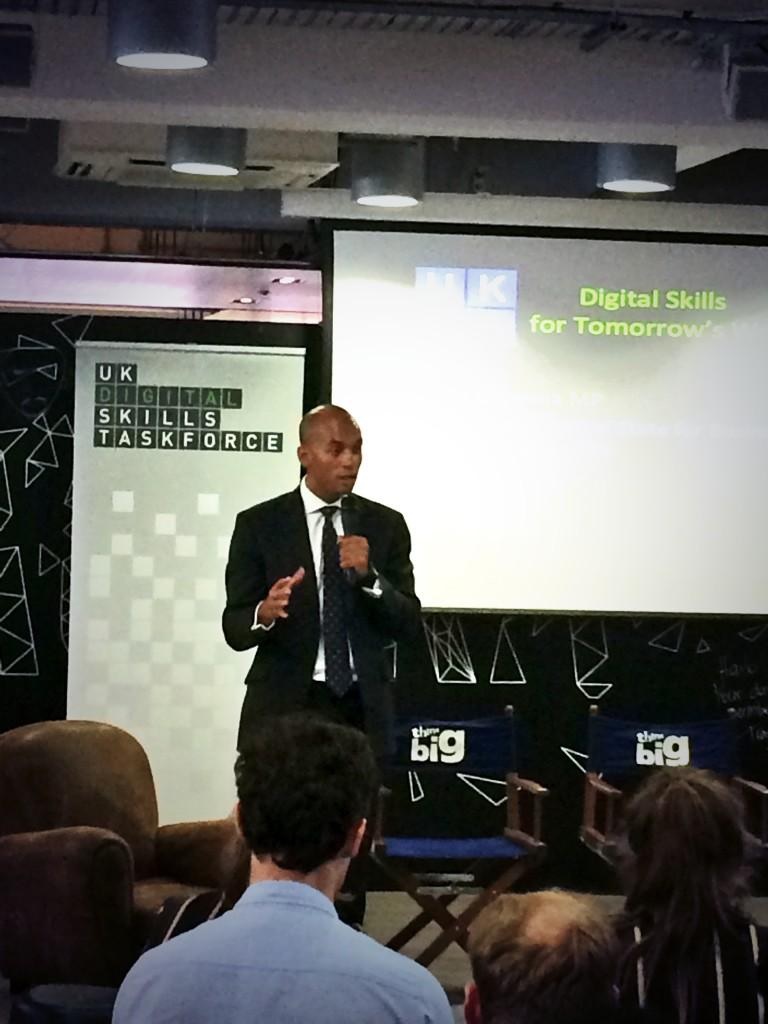 Zeichner urged both institutions to press schools and employers to put a higher priority on digital skills. While the Coalition Government has introduced a new computing curriculum in September, they have only provided an average £175 per school to make it happen.

The UK Digital Skills Taskforce  was chaired by Maggie Philbin, formerly of Tomorrow’s World, and the report was launched in London this week by Labour Shadow Business Secretary Chuka Umunna MP.

Zeichner, who has worked in Information Technology in a range of companies including Perkins Engines in Peterborough and Whitbread in London, joined Mr Umunna for the launch, and says that Cambridge is ideally placed to lead:

In the City of the Raspberry Pi, the recommendations from the Digital Skills Taskforce should be widely welcomed.  We are on the cusp of a technological revolution that will make almost all jobs digital jobs -; and leave those without the right skills virtually unemployable. This isn’t only for those at the leading edge, it is for everyone, and it is vital that people don’t get left behind. Cambridge is already a divided city -; we need educational and innovation institutions to help us make sure that everyone benefits.