Parties clash on the economy 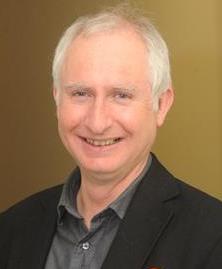 Cambridge Labour Parliamentary Candidate Daniel Zeichner debated economic issues with Conservative former leader of the County Council Nick Clarke last week at Cambridge University’s Marshall Society. The Marshall Society is one of the oldest and most prestigious societies in Cambridge. It was established in 1927, named after Sir Alfred Marshall, and members have included John Maynard Keynes, Nicholas Kaldor and Joan Robinson.

In a fierce exchange of views, Daniel explained the way George Osborne had tried to blame the country’s ills on Labour, but had actually presided over one of the longest periods of economic failure on record, stifling the recovery that Labour had nurtured. Nick Clarke extolled the virtues of Thatcherism, in passing describing the National Health Service as a “big, big monster.” Daniel says that no-one should be in any doubt about the choice on offer at the next election: While Nick Clarke and the Cambridge Conservatives hark back to the Thatcherite policies that are the root cause of the current crisis, Ed Miliband’s analysis offers the country a very different way forward, with a sophisticated understanding of how markets are socially constructed and need to be managed to secure positive outcomes. The Conservatives are becoming more and more out of touch in face of the challenge from UKIP -; many of the audience were quite shocked by just how extreme the Cambridge Conservatives have become.