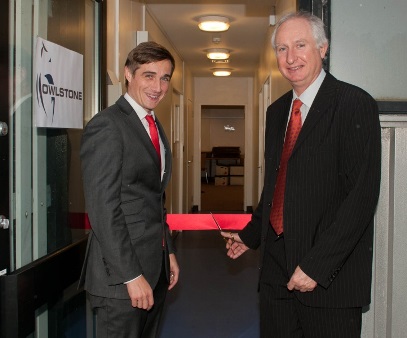 Following major orders from US and Taiwanese customers, and promising results in medical applications of their technology, Owlstone have more than doubled their floorspace, and are now seeking to recruit for more than 15 new roles.

Founded in 2004 as a spinout from Cambridge University, Owlstone’s business is based on a revolutionary microchip chemical sensor that allows the detection of trace amounts of chemicals present in the air, in breath and bodily fluids, in principle, almost anywhere. The sensors have already been successfully deployed in defence, oil and gas, and numerous other industries. The company’s focus is now expanding to encompass medical uses of the technology. They have already carried out an NHS-funded pilot study into the diagnosis of lung cancer using chemicals in breath, and are hoping to secure funding to greatly expand this study.

“Owlstone are a Cambridge success story that show what can be achieved when major public services like the NHS work closely with innovators. Through the Small Business Research Initiative championed by people like David Connell at the Cambridge Centre for Business Research and former Labour Science Minister David Sainsbury, the NHS sets out what they need, and companies like Owlstone respond. By applying Owlstone’s cutting-edge technology to diagnose lung cancer, the NHS will save millions of pounds, patients will have earlier diagnosis and less-invasive diagnostic tests, and Owlstone will flourish. I’m delighted that the company are employing more people and doubling their production space at Cambridge Science Park -; this is the innovation model that will drive future prosperity in Cambridge and beyond.”