Campaign to get more of us to recycle our Christmas trees 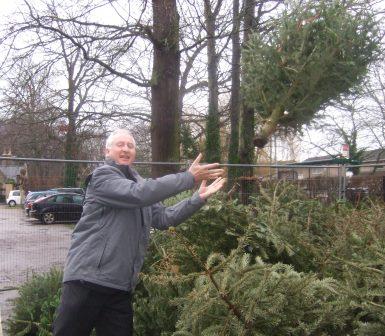 As the pine needles drop and it’s time to spruce up the house after the Christmas festivities, Labour’s Daniel Zeichner is reminding residents not to forget to give their gift to the environment by recycling their Christmas trees.

Mr Zeichner met recycling residents as he took his own tree to the special recycling point at Cherry Hinton Hall.

Last year the city council collected about 1,300 Christmas trees for chipping at Cherry Hinton Hall, with the chippings being scattered across parks around the city.

Daniel Zeichner who in on the Executive of SERA Labour’s Environmental Campaign Group said: “I know Cambridge residents are tree-mendous recyclers but during the festive season around 30% more waste accumulates in people’s homes so at this time of the year it’s even more important to reduce, reuse, recycle and recover as much as you can.”