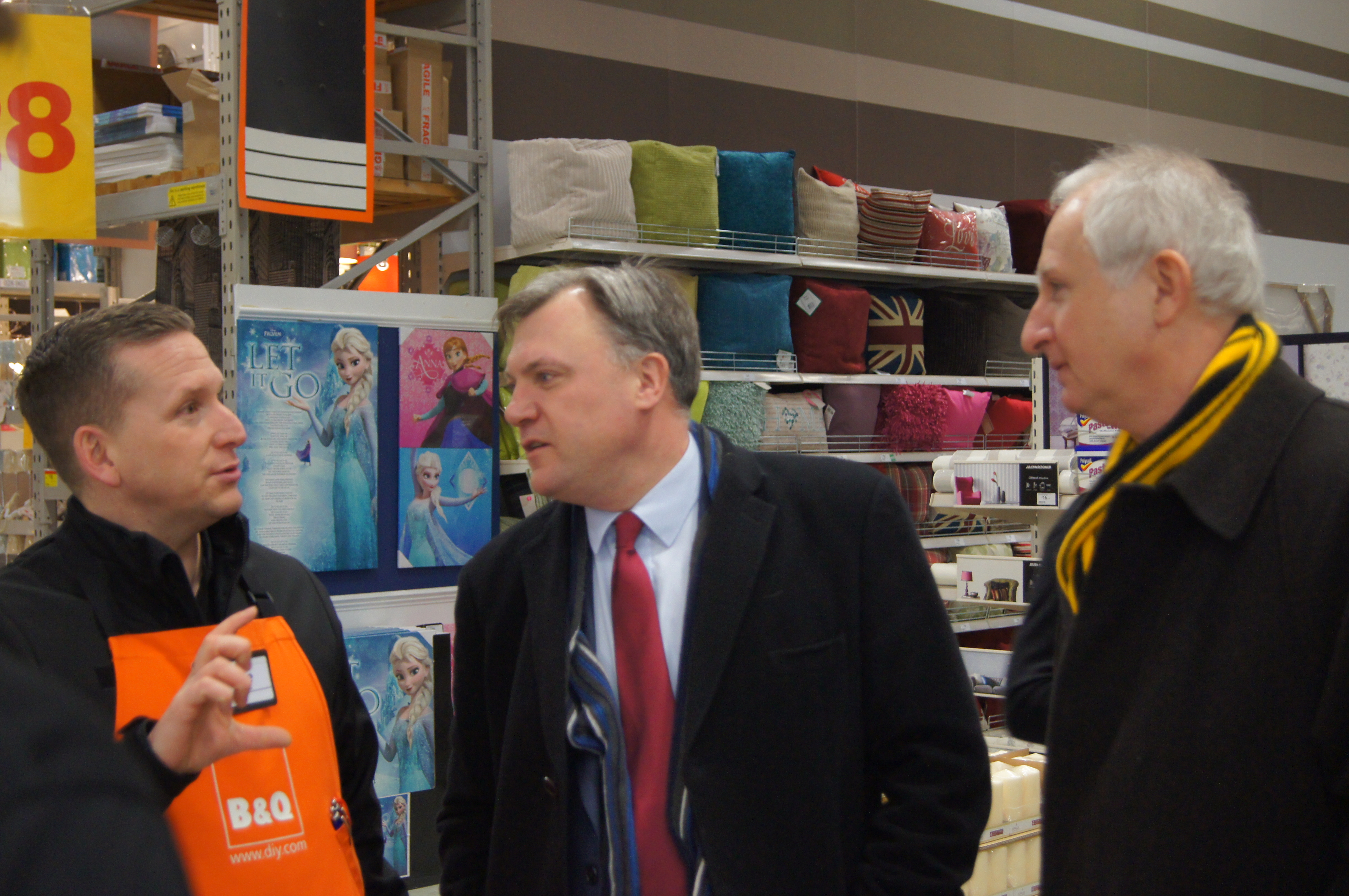 Here’s today’s report from the Cambridge News… Shadow Chancellor Ed Balls met with staff at B&Q in Cambridge today -; but laughed off suggestions he was shopping for rope and cable ties.

The Shadow Chancellor instead was potting plants with the city’s Labour candidate Daniel Zeichner at the Newmarket Road DIY store.

His visit coincided with release of the hotly anticipated 50 Shades of Grey -; and B&Q’s “leaked memo”  advising staff on how to “familiarise themselves with the contents” of the film and book

Mr Balls said he was unaware of the story, but added: “I would have been even more enthusiastic to come had I known.

“I have no problem at all with it. Sometimes politics can be a bit boring.”

He added: “When it came to the paints it was less 50 Shades of Grey, more 50 million shades of everything.”

On a serious note, Mr Balls said the real reason behind the business of choice was the company’s provision for staff learning.

He said: “We are worried that in Cambridge and East Anglia, the number of apprenticeships has dropped and that’s taking us on the wrong track.

“Here is a place which values skills and learning.”

Describing Cambridge as a place for “world class quality education”, Mr Balls nevertheless expressed concerns about the cost of living and property in the city.

He said: “Some people give the assumption that if we invest in hi-tech and high skills, the jobs and wealth will trickle down.

“We want to focus on jobs for all young people and make sure we build affordable homes and increase the minimum wage to £8 an hour.”

However, he admitted that Cambridge’s cost of living should be factored in, saying: “Parts of the public sector should pay a Living Wage that should differ from place to place.”