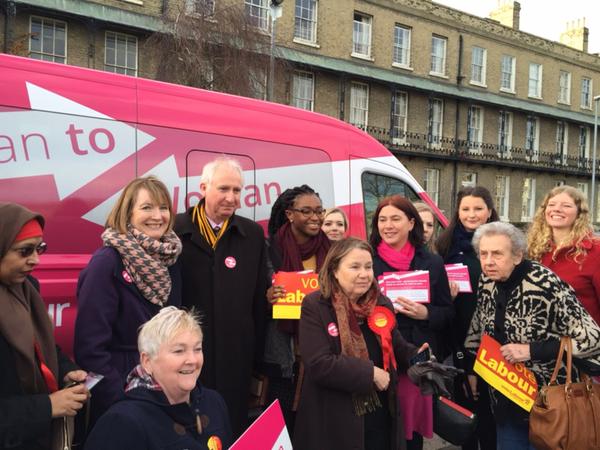 The Shadow Leader is on a nationwide fact-finding tour gathering key ideas for Labour’s ‘womenifesto’ and encouraging women voters to cast their votes in May.

They discussed how legal aid cuts have disproportionately affected vulnerable women who are victims of domestic violence.

A recent CAB report highlighted how victims of domestic abuse increasingly face being cross-examined by their attackers because legal aid cuts make it difficult to qualify for courtroom representation.

Daniel Zeichner said: “It is sickening that women victims of domestic abuse have also become victims of Government cuts. The Government’s assurance that it would protect access to legal aid for domestic abuse victims simply has not proved to be the case. Ensuring victims can access legal aid and specialist services must be made a priority.”