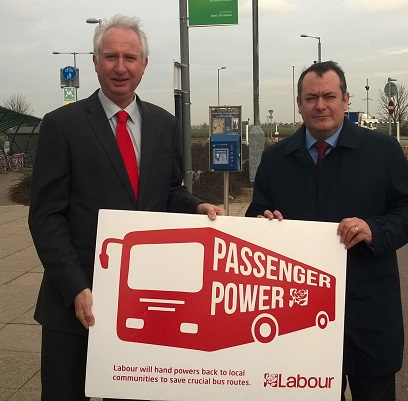 Cambridge bus-users will endure another fare rise this weekend, as
Stagecoach continue to impose above inflation increases. In the week
that inflation officially hit zero, and after a steep fall in fuel
prices, Cambridge Labour candidate Daniel Zeichner says that
hard-pressed passengers in the city should not be having to pay over the
odds to get about:

“A Cambridge Day-Rider fare is now up by 20% since 2011 -; when most
people’s pay has remained flat. There is always a big fuss about rail
fare increases, but it’s time to put a stop to the endless bus fare
rises too. If Labour wins the election in May, we will create a local
transport authority which will be able to call companies like Stagecoach
to heel. At the moment there is absolutely nothing passengers can do,
except pay up. Bus fares in Cambridge are too expensive, and contribute
to the congestion that is in danger of strangling the city.”