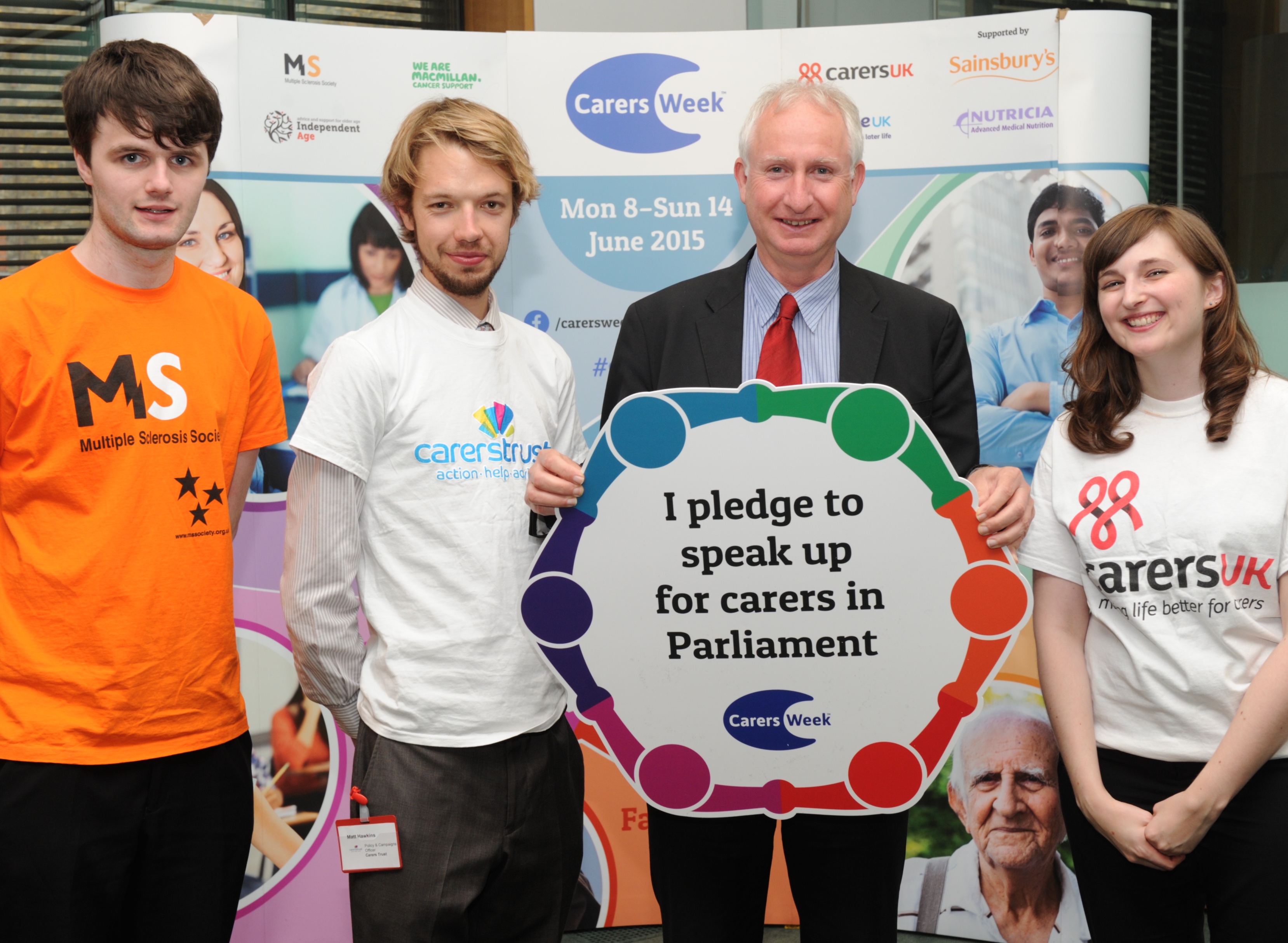 Daniel Zeichner MP today pledged his support to carers across Cambridge as part of the national Carers Week 2015 awareness campaign, which runs from 8-14th June.

There are 6.5 million people in the UK who care for a partner, relative or friend, of which 8,870 carers are in Cambridge

Without the right help and support, caring can have a devastating impact -; carers can quickly become isolated, with their physical and emotional health, work and finances all hit hard.

The six charities driving Carers Week 2015 are calling on individuals, organisations and services throughout the country to take action to improve the lives of carers by building ‘carer-friendly communities’ that consider and support their needs.

The call comes after research for Carers Week revealed that the variation in the support and recognition carers experience from services across the country is putting the health of many carers, and their ability to support the people they care for, at risk.

“Carers make a hugely valuable contribution to society and they need support to carry on the work they do. That is why I am supporting this initiative to encourage services in my community to think about the needs of carers and reach out to carers across Cambridge and help ensure they don’t miss out on support.”

“It’s fantastic to see MPs supporting carers. Families are increasingly taking on caring roles for older, ill or disabled loved ones, yet still struggle for recognition and support from health and care services and in their communities.

Much progress has been made -; indeed, over 1,000 people and organisations have already pledged to actively engage with carers in their local community for Carers Week and into the future. But we still have a long way to go. This Carers Week, we’re calling on individuals and organisations to think about what they can do to improve the lives of carers in their community.”