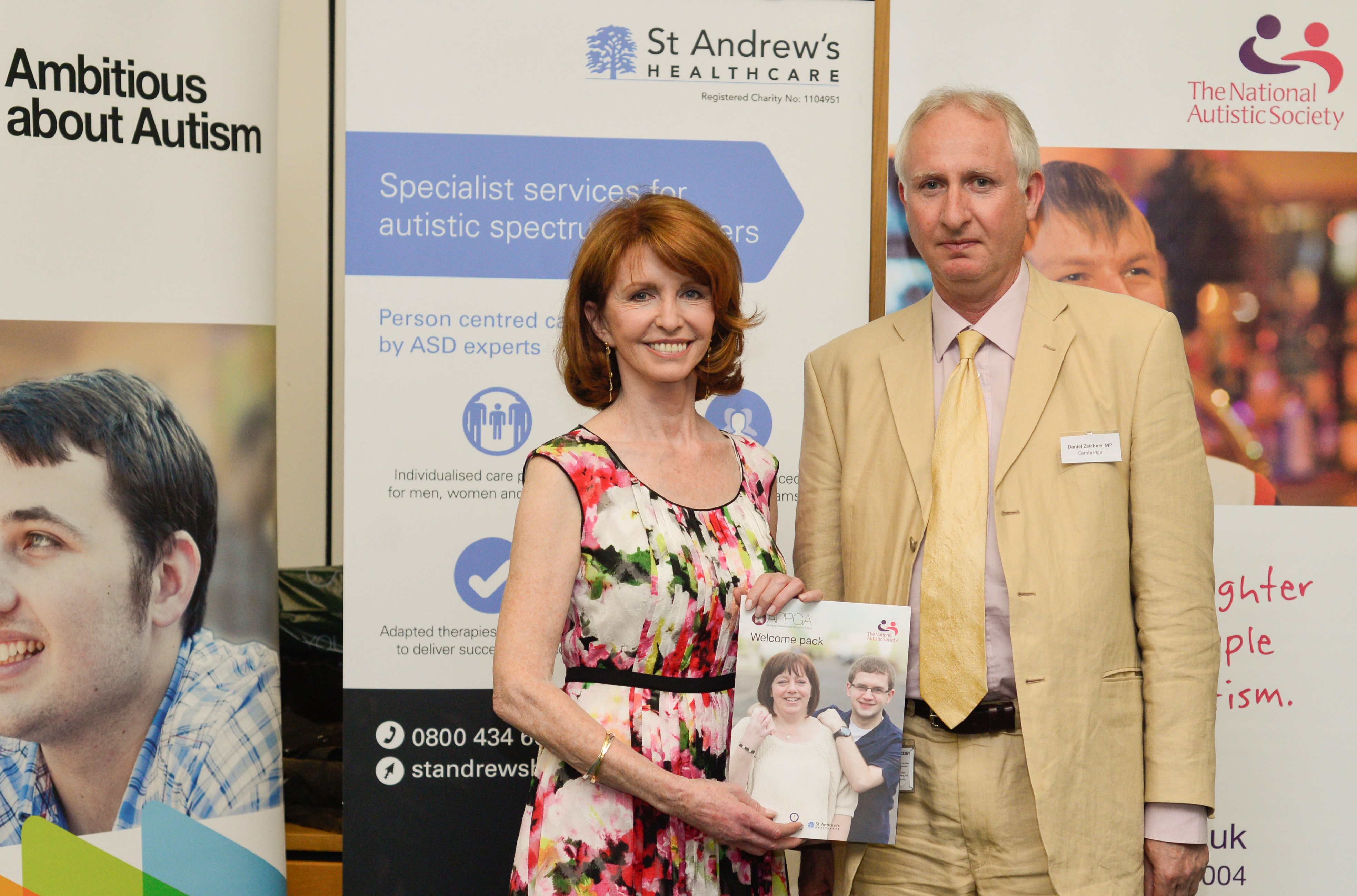 Daniel Zeichner MP joined actress, author and entrepreneur, Jane Asher to stand up for people with autism, a lifelong condition which affects over 3,000 people in Cambridge.

The Labour MP has called on the Chancellor to ensure that young people on the autism spectrum who live in supported housing will be exempted from the cuts to housing benefit.

“It is vital that Government cuts don’t impact on the independence of young people living with autism.

“More than 1 in 100 people in the UK have the condition and many have battled to get their needs identified, diagnosed, understood and then met.

“Negative public attitudes and misconceptions about autism can harm families and individuals and limit their opportunities.”

“Awareness of the word autism has increased dramatically since I first became involved many years ago, but understanding of this complex condition is still desperately low.

“Parliamentarians have the power to make a real change in the lives of those with autism by helping us to spread understanding among their local communities. I do hope they will work with us in trying to make the world a more welcoming place for those affected and their families.”