Daniel Zeichner MP used his question at Prime Minister’s Questions to highlight the changes to student finance which will leave students £3000 worse off. 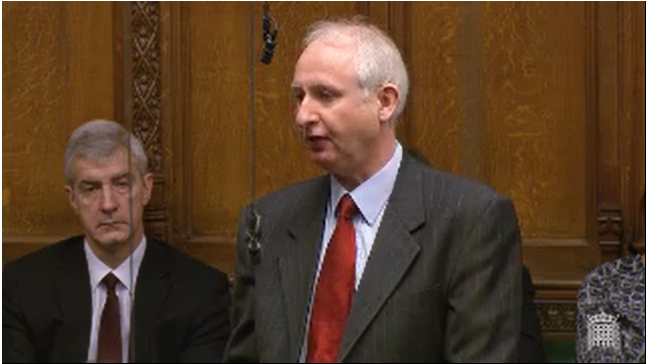 Speaking in the packed Commons chamber the Cambridge MP said: “When student tuition fees were tripled to £9000 by the Chancellor, the repayment threshold was set at £21,000. That is now to be frozen, and the IFS tell us that this will cost most students between £3000 and £6000 in extra repayments. Given the chancellor has broken his promise to students yet again, will he be sending them an apology, or just the bill?”

George Osborne dodged the question. When the Conservative Government raised the cap on university fees to £9000 they promised that students would only have to pay back their loans once they were earning above £21,000 per year and that this number that would rise annually as the average annual wage increased.

However new changes to student contacts will mean that this £21,000 cap will be frozen effectively lowering the level at which students will have to pay back their fees. The Institute of Fiscal Studies (IFS) estimates that the average graduate will be £3000 worse off as a result and those from disadvantaged backgrounds nearer £6000.

Daniel Zeichner MP said: “Students took out loans on the basis off an agreed repayment contract. Now their contract has been torn-up and retrospectively rewritten by the Conservative Government. It wouldn’t be acceptable to do this in the business world. This is a betrayal by the Government.”

Mr Zeichner’s comments were backed up Martin Lewis, founder of MoneySavingExpert, who chaired the independent taskforce on student finance information. “It’s an absolute disgrace that breaks the fundamental bond of politics that you do not impose retrospective changes.” said Lewis, “This was snuck in the back door.”