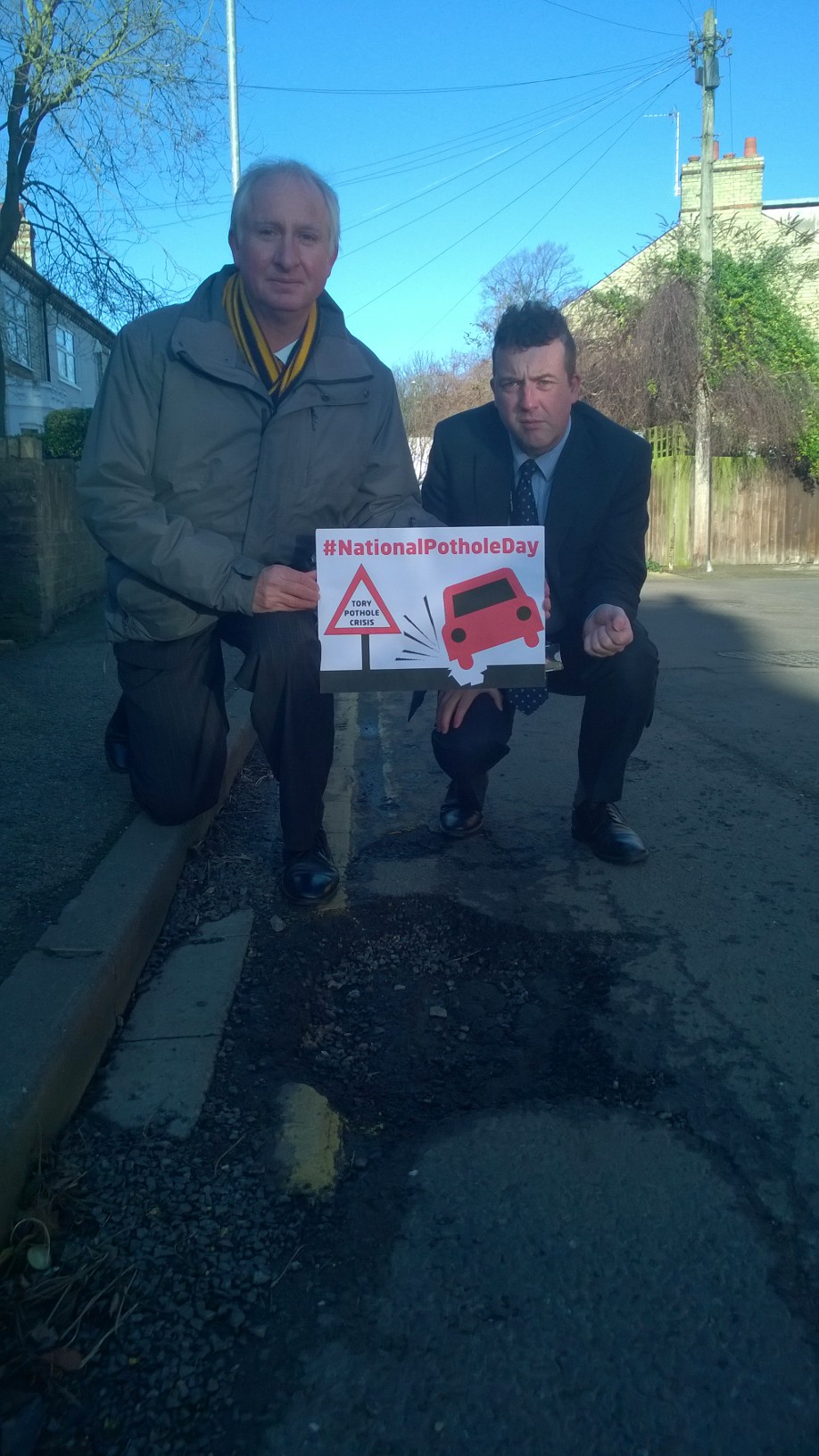 National Pothole Day, is the day when road users take the problem of “Pothole Britain” into their own hands using an app and the power of twitter to report potholes and road problems wreaking havoc in their areas.

More than 88% of reports made by the public to the Street Repairs website relate to potholes.

“Britain faces a national pothole epidemic. Under David Cameron, our local roads have been neglected and this is costing road users dear.

A third of local roads are in urgent need of repair. Millions of journeys for cyclists and motorists are being blighted by Britain’s pothole crisis.”