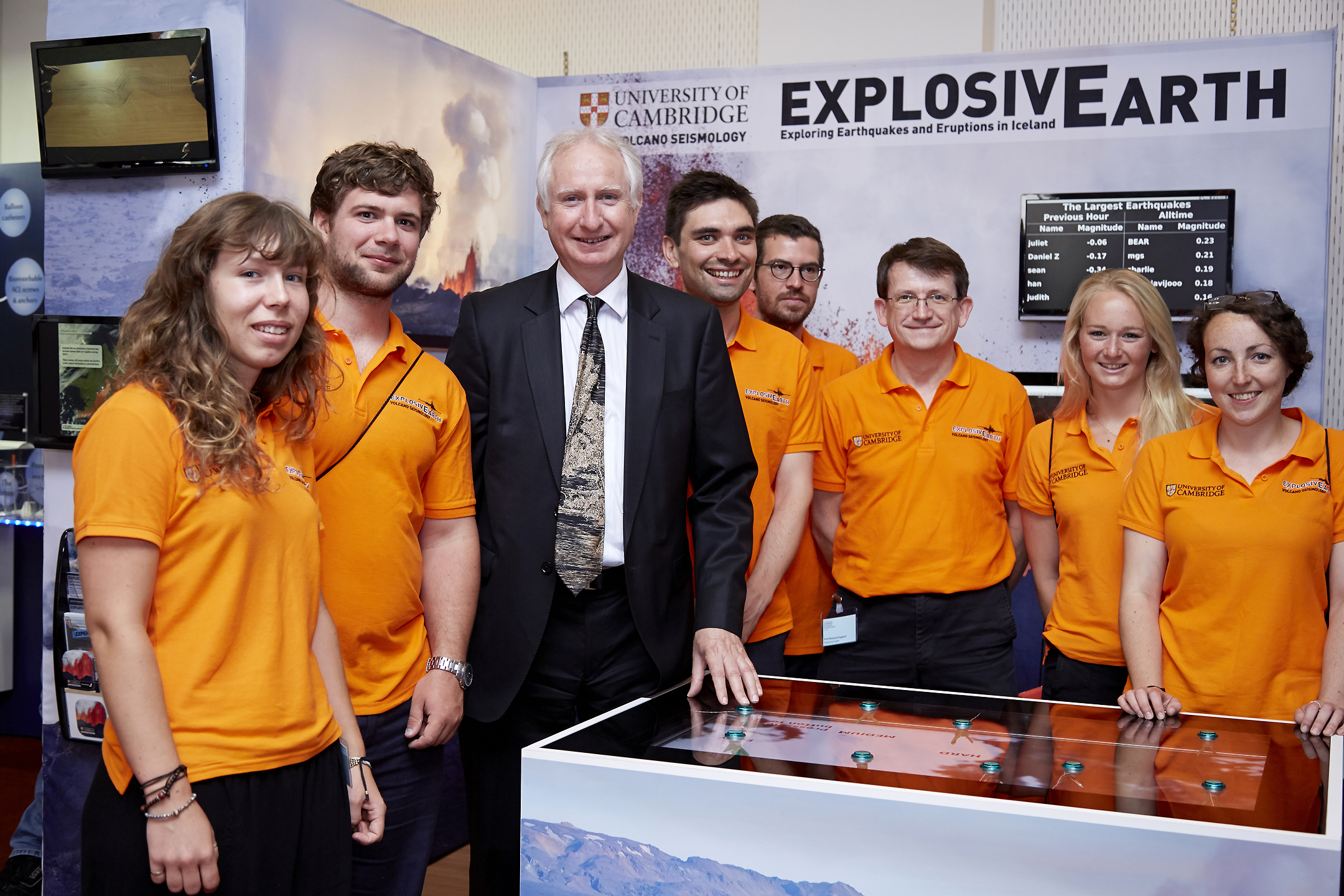 Daniel Zeichner MP met scientists from Cambridge University presenting their research at the Royal Society Summer Science Exhibition, an annual display of the most exciting cutting-edge science and technology in the UK.

The scientists from the Cambridge Volcano Seismology group told the MP about their research in Iceland studying seismic events, in order to predict future volcanic activity better.

Monitoring volcanic regions in Iceland is important because eruptions are frequent and can cause rapid flooding or lava flows in habited areas, and release harmful gases and ash that pollute the land and cause widespread air traffic disruption. In 2010, 100,000 flights were grounded when an Icelandic volcano erupted.

Cambridge University’s research is one of just 22 projects that have been chosen from hundreds of entries to exhibit at this year’s event.

Daniel Zeichner MP said: “I am delighted to have met with researchers from Cambridge University and hear more about their “Explosive Earth” research. It was fascinating to see lava and volcanic ash and hear how students in Iceland found themselves in an exciting race using helicopters, snow scooters and four wheel drives in one of the most rugged areas on earth trying to predict where an eruption might occur.”