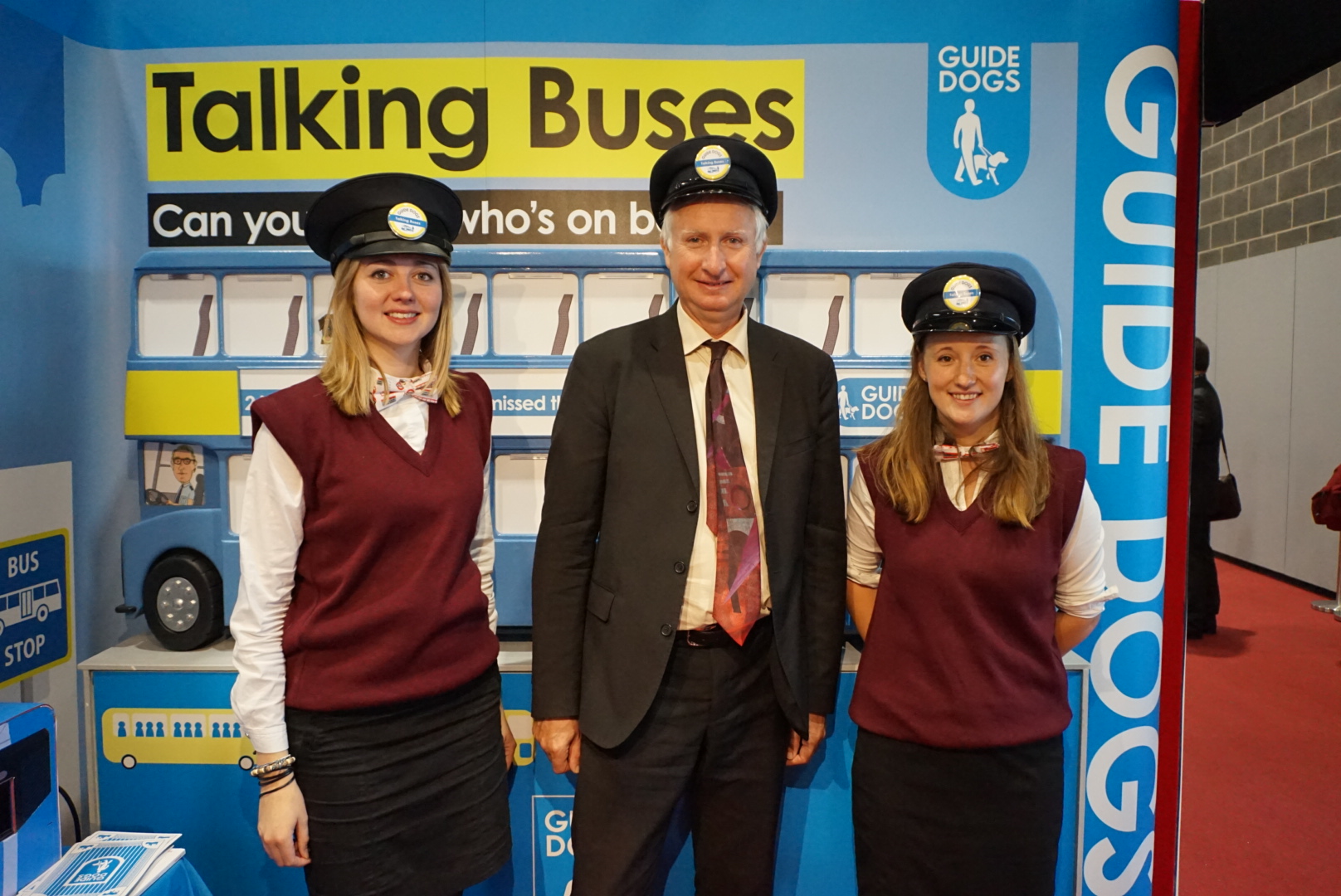 Daniel Zeichner MP heard about the importance of talking buses at the Labour Party Conference.

He heard about the experiences of a guide dog owner who had missed their stop and been left stranded on a bus because they were unable to know where on the route they were.

Sadly, this is not an isolated experience: 7 in 10 passengers with sight loss have been forgotten on a bus. Talking buses, which are buses that provide “next stop” and “final destination” announcements, are essential for people with sight loss to live independently. Worryingly, only one fifth of the UK’s buses are talking, 97% of which are in London. For a sighted person, missing a stop is an annoyance, but for someone with sight loss, it is potentially dangerous.

The MP for Cambridge supports Guide Dogs’ proposal to make buses accessible for everyone and will be writing to the Transport Secretary urging him to put a requirement for talking buses in the Bus Services Bill, which is going through Parliament at the moment.

Labour politicians have already made an amendment to the Bill in the House of Lords to put in a requirement for talking buses, saying it is the ideal opportunity to make buses accessible.

Daniel Zeichner MP commented: “I was shocked to learn when speaking with the charity Guide Dogs how often people are left on buses because they do not know where they are. The Bus Services Bill is the biggest reform of buses since the 1980s so it is a unique opportunity to make sure that blind people can use buses safely too.”

James White, Senior Campaigns Manager at Guide Dogs, commented: “Talking buses give independence to people with sight loss, enabling them to travel on their own and reducing stress and anxiety. They also help other travellers including tourists and infrequent bus users to reach their destination safely.

“To ensure talking buses become the norm across the UK, we are asking politicians like Daniel Zeichner to use the Bus Services Bill to make sure all new buses are talking buses.”