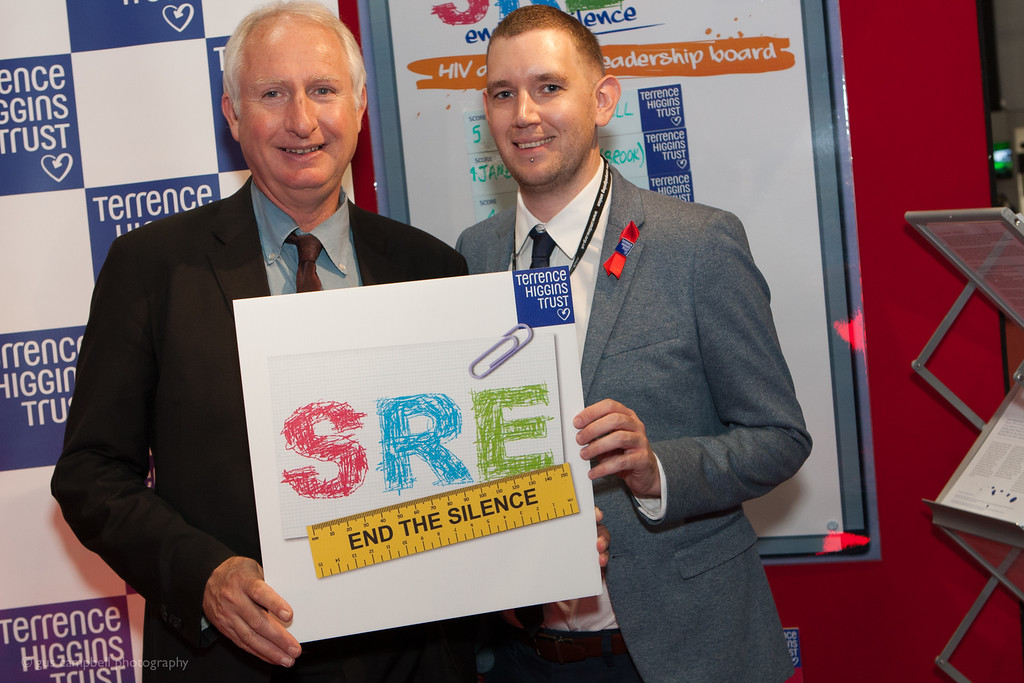 Daniel Zeichner proved he’s done his homework as they scored 9 out of 9 on Terrence Higgins Trust’s HIV and sexual health quiz.

At Labours autumn conference in Liverpool, Daniel Zeichner went back to school and put on his thinking cap by taking the test, “How HIV aware are you?”.

The quiz, from the UK’s leading HIV and sexual health charity, revealed that there are 103,700 people living with HIV in the UK, and 3 in 5 young people didn’t receive or don’t remember receiving information about HIV in school.

There were also gold stars for those who correctly identified that 1 in 6 people living with HIV remain undiagnosed, and those who knew that when a person living with HIV is on effective treatment, the amount of virus in their blood is reduced to undetectable levels – meaning they cannot pass on HIV.

The survey of 900 people aged 16-24 also revealed that one in seven respondents had not received any sex education at all.

“It was fantastic to find out more about HIV, sexual health and sex education today by taking Terrence Higgins Trust’s quiz.

“It’s really important that the next generation of young people get the life skills they need to have healthy sex and relationships, by ensuring their sex education includes consent, LGBT relationships, STIs and HIV, not just reproduction and body parts.”

“We’re very grateful to Daniel Zeichner MP for supporting our campaign to end the silence on Sex and Relationships Education.

“Low quality and infrequent SRE means that young people are leaving school armed with little to no information on anything other than the biological basics of heterosexual sex. This is a generation that has grown up with equal marriage, smartphones and social media -; the information they are currently given is wholly unfit to prepare them for the realities of sex and relationships today.

“We must end this silence and make and Sex and Relationships Education mandatory in all schools if we are to tackle issues such as homophobia, bullying, unhealthy relationships and poor sexual health.”

Terrence Higgins Trust provides support, information and advice services for those living with HIV and affected by HIV or poor sexual health. More information about their campaign for Sex and Relationships Education can be found here: www.tht.org.uk/endthesilence