Daniel Zeichner MP has taken part in a charity static bike ride in Parliament to raise money for the Poppy Appeal. Daniel cycled 1.79 miles in 5 minutes as part of the event being hosted by the Industry and Parliament Trust (IPT) which aimed to get parliamentarians cycling for twelve 12 hours straight.

The bike ride took place from 08:00 to 20:00 in Westminster where 80 MPs, Peers and Parliamentary Officials took it in turns to cycle as far as they could in 5 minutes in an effort to reach the top spot on the leader board.

The money raised from the bike ride will help the Royal British Legion provide lifelong support for the armed forces community. The Poppy Appeal has the prestigious position of being the only charity to fundraise in Parliament.

“I was great to get into the saddle to support the Royal British Legion and the Poppy Appeal with a pedal power push.”

“I know the money raised will go far in supporting those who have served in the British Armed Forces and their families.” 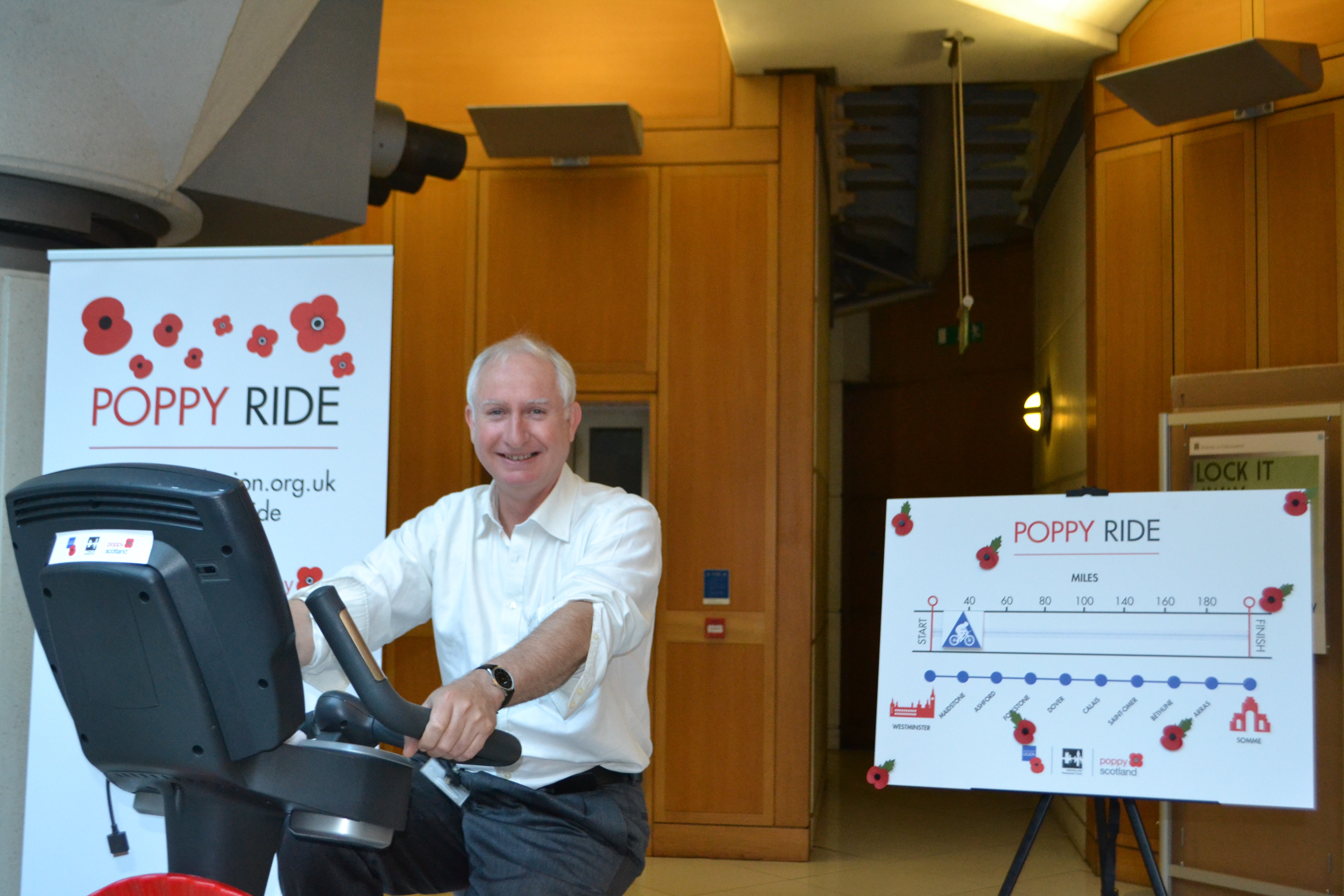