Daniel Zeichner MP joined other politicians at a parliamentary reception to celebrate the work of Cats Protection and help the charity come up with names for unwanted cats that come into its care.

The event, held at the House of Commons, was hosted on the charity’s to highlight its work in campaigning on issues affecting cat welfare in the UK. Daniel added his suggestion of ‘Norris’ – after Cambridge United’s agile record penalty shot stopper Will Norris – to a list of moggy monikers to be used for cats and kittens that come into the charity’s adoption centres in 2017. 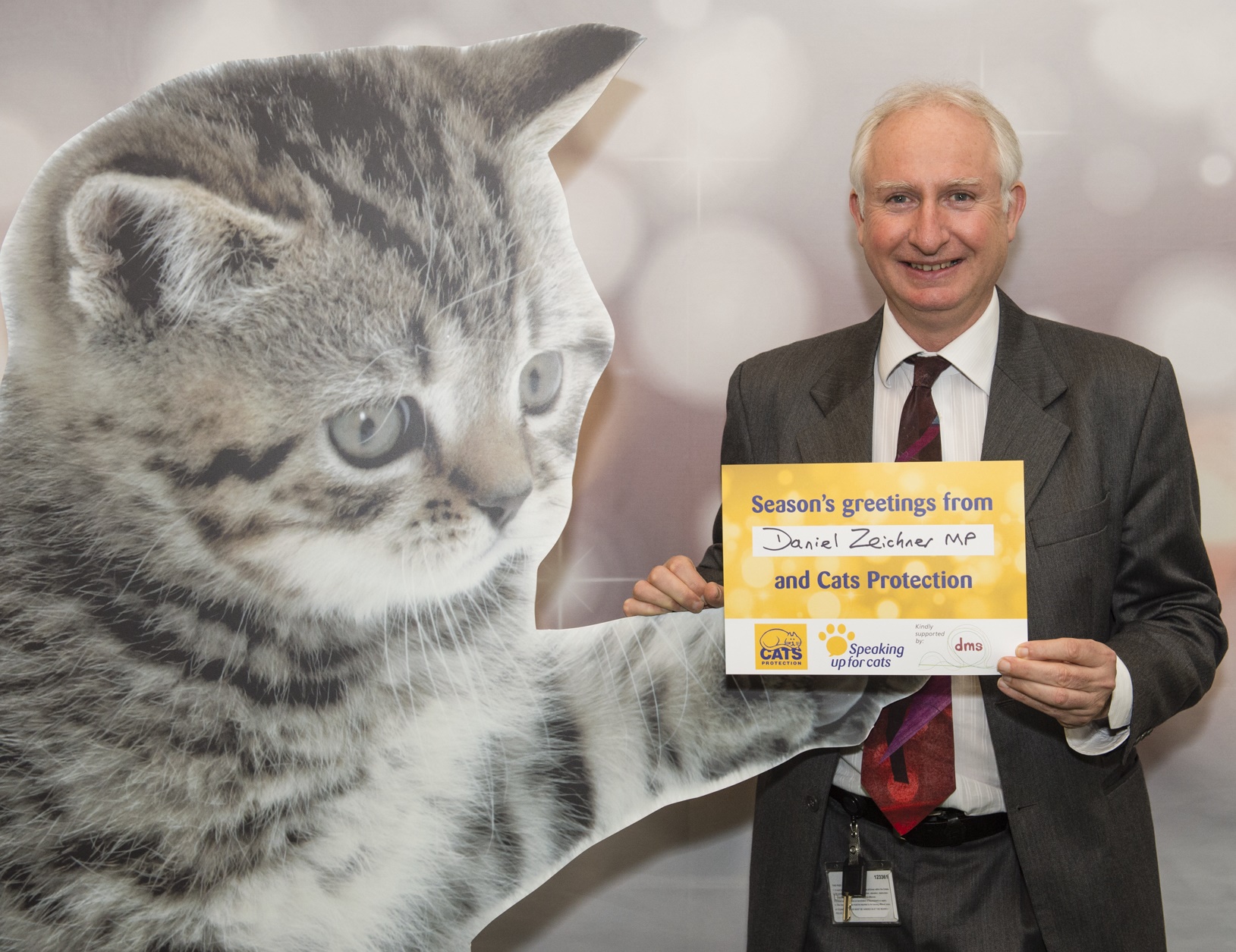 Cats Protection is the UK’s largest cat charity, helping around 200,000 cats every year through a network of over 250 voluntary-run branches and 32 centres.

The charity’s Advocacy Manager Jacqui Cuff said: “Cats are one of the nation’s favourite pets. Sadly, despite their popularity, we see huge numbers of cats and kittens coming into our care every year. Cats Protection works tirelessly to tackle the root of the problem, by promoting neutering and offering advice and information on responsible cat ownership.

“This year we have also launched our True Cost of Kittens campaign to highlight a growing kitten breeding industry which frequently puts profit before welfare. As part of this campaign, we’ve been calling for a change in the law to better protect kittens and breeding cats from poor practices that frequently lead to serious health issues”.

Daniel Zeichner MP added: “I was saddened to hear that Cats Protection expect another heavy Christmas, with much of the problem stemming from unscrupulous breeding and weak legislation. Cats are part of the family in many households and they deserve greater protection -; I will continue to press the Government on the matter”.