Daniel Zeichner MP has announced the winner and runners-up in his 2016 Christmas card competition. The contest was won by Isabella, aged 8, from Trumpington Meadows Primary School.  This year’s runners-up were Misha, aged 8½, from Cherry Hinton CofE Primary School and Mark, aged 6, from Shirley Community Nursery and Primary School. 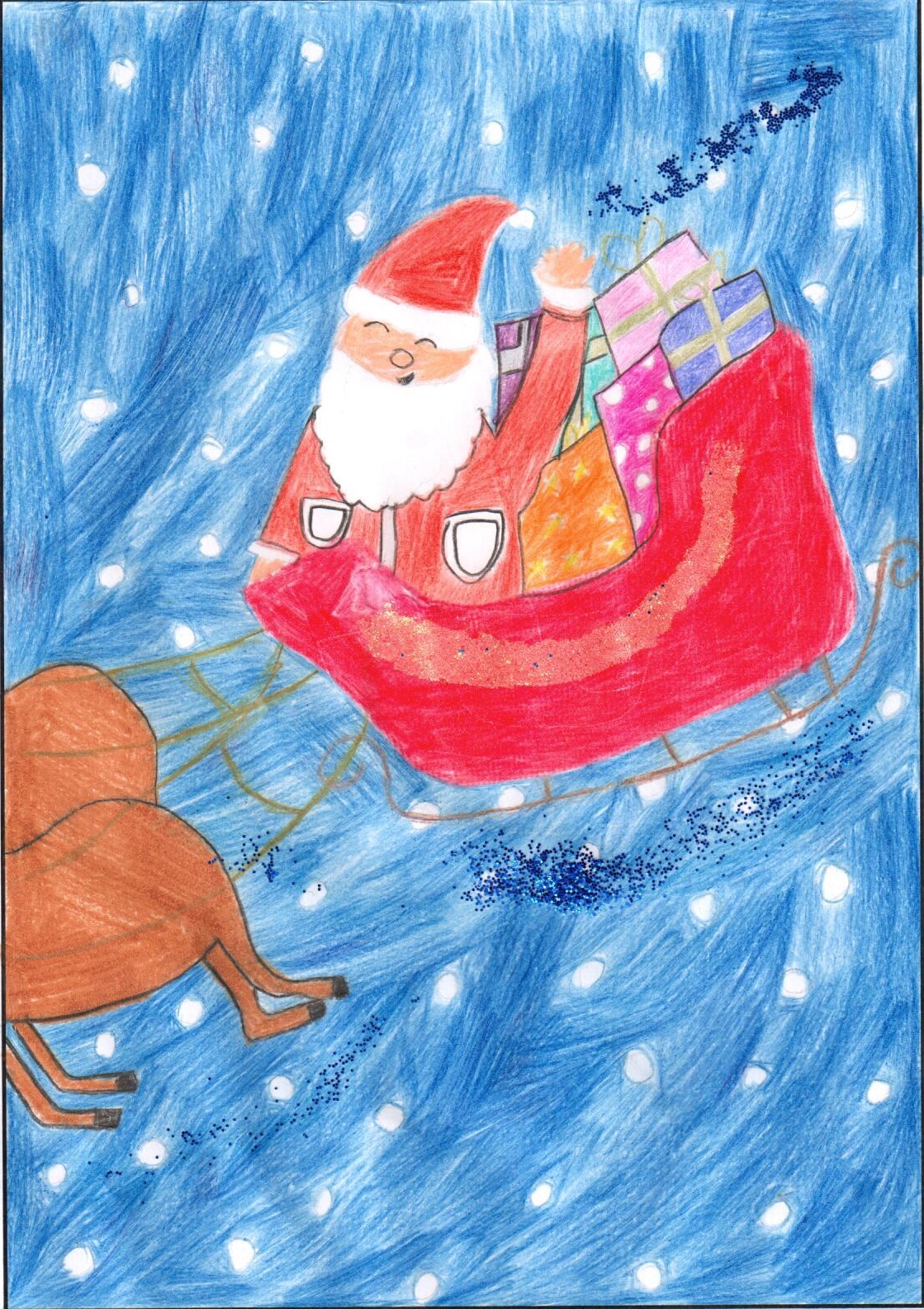 Over 300 local school children entered this year’s competition; with pictures showing a range of festive scenes. Isabella won with her drawing of Father Christmas and his reindeer flying through a glittering sky carrying Christmas presents. The image will now be on the front of the Cambridge MP’s Christmas card which is delivered to local charities and organisations.

Daniel Zeichner MP, who picked the winning entry, said: “I would like to thank all the schools who took part in this year’s competition. I had a record number of entries from local children and picking the winner and runners-up was not an easy task.

“Isabella’s entry was festive, jolly and beautifully drawn. Pictures included everything from a skiing Brussel sprout to disco dancing polar bears -; I saw everything from Dali to Picasso as I looked at entries over a mince pie. It’s nice to know we have so many creative minds and budding artists in Cambridge”