Daniel Zeichner MP joined local campaigners outside the Guildhall on Market Square to take a stand against the politics of hate and racism. 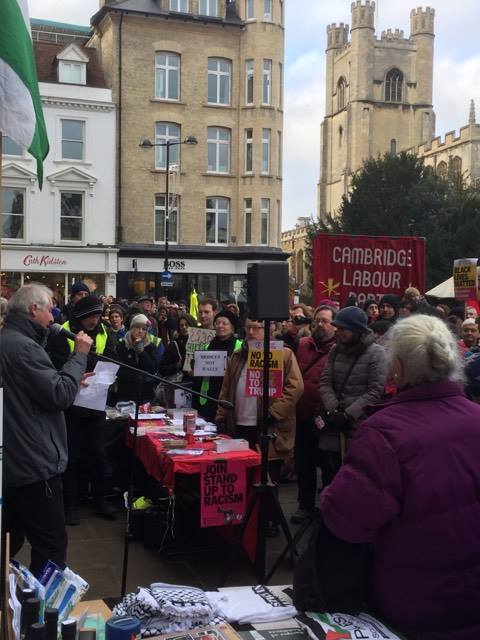 Daniel said: “As Donald Trump is sworn in as President of the United States on the back of a campaign which fractured the country and too often descended into the politics of hate, I am proud to join this campaign in saying that Cambridge welcomes multiculturalism and diversity.

“Sadly, following the EU referendum, we have seen a rise in hate crime in Britain and it is important that Cambridge stands together as one, united behind the common values that make our city so great; tolerance, diversity and internationalism. We should be building bridges not walls.”