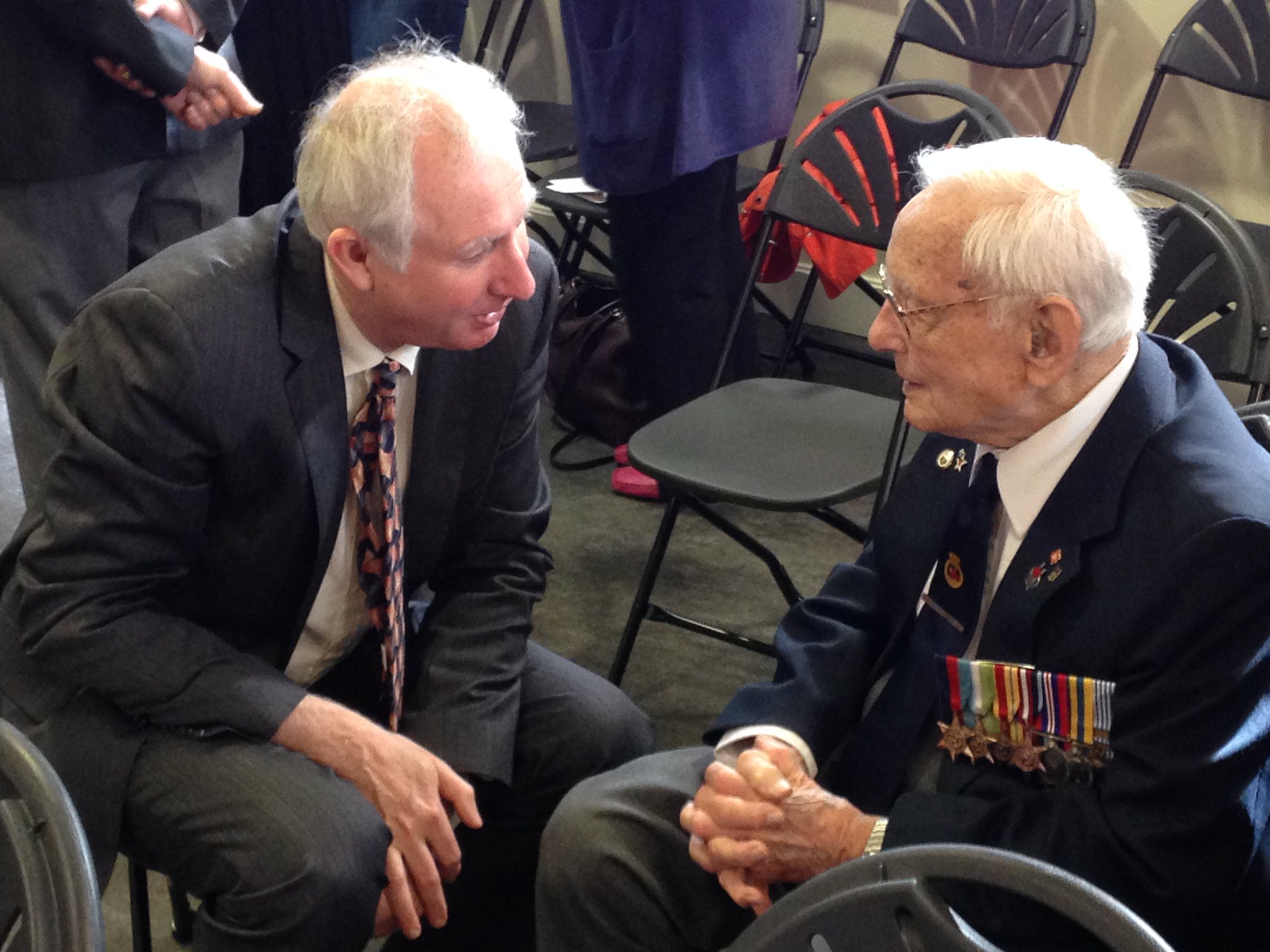 Daniel Zeichner MP joined the Chilean Ambassador, His Excellency Rolando Drago Rodriguez, and Heidi Allen MP to celebrate two Royal Navy veterans from Cambridge who took part in rescue efforts after a devastating earthquake in the Concepción region of Chile 78 years ago but who had never been acknowledged for their bravery.

Frank Burton, 98, and Basil Trott, 97, served in HMS Ajax and HMS Exeter. In January 1939, both ships were in the Pacific Ocean -; off the coast of Chile, arriving at Valparaiso. Just before midnight, tremors were felt and, in the morning, it became clear a devastating earthquake had hit the area around Concepción.

Many thousands of people were killed and many more rendered homeless. The Ajax and Exeter were sent to the area to assist in clearing the area and evacuations.

There are still four members of the HMS Ajax and River Plate Veterans Association who assisted at the earthquake but Mr Burton and Mr Trott have never been acknowledged for their efforts.

The presentation ceremony was an excellent opportunity to cement relations between Chile and Britain.

Daniel Zeichner MP said: “It is a privilege to be able to welcome His Excellency, the Ambassador of Chile, to Cambridge to present awards to our veterans who show that our armed forces have long performed hugely important relief and humanitarian work. It is wonderful that, nearly eighty years on, Frank and Basil will finally be commemorated for their bravery.”

Malcolm Collis, HMS Ajax and River Plate Veterans Association, said: “On behalf of the Association we are extremely grateful to the Ambassador for agreeing to present these medals to two of our veterans after so long.”