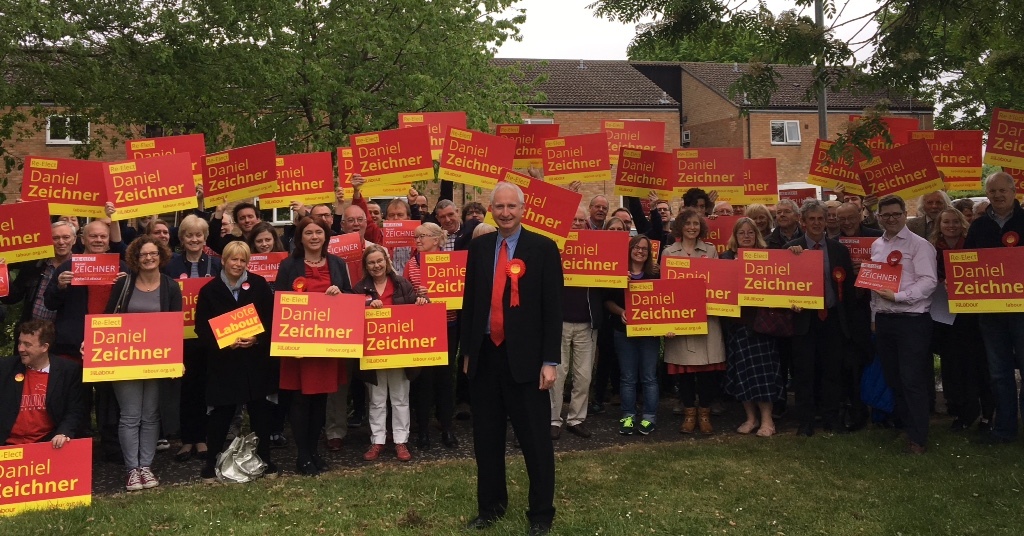 On Saturday 7 May, Daniel Zeichner launched his campaign in the heart of Cambridge in Coleridge, with a hoard of Labour supporters new and old ready to speak to residents in the area and start the real campaign ahead of the 8 June.

The group heard from Alex Mayer, MEP for the East of England, who supports Daniel’s campaign and endorses him as the best man for the job in Cambridge. She considered the need to elect one of the most pro-European Labour MPs in Parliament who will keep up the fight against the hard Brexit which the Tories are pushing for.

Cllr Lewis Herbert, Leader of Cambridge City Council, also addressed the crowd and offered his support of Daniel as he reflected on the positive Labour local election results across the city’s Parliamentary boundaries. The crowd heard about Daniel’s work both in Parliament and as an excellent constituency MP.

Daniel said: “This election is very close but with a team like this fighting with me for every vote I am confident we can win on 8 June.”
Share —