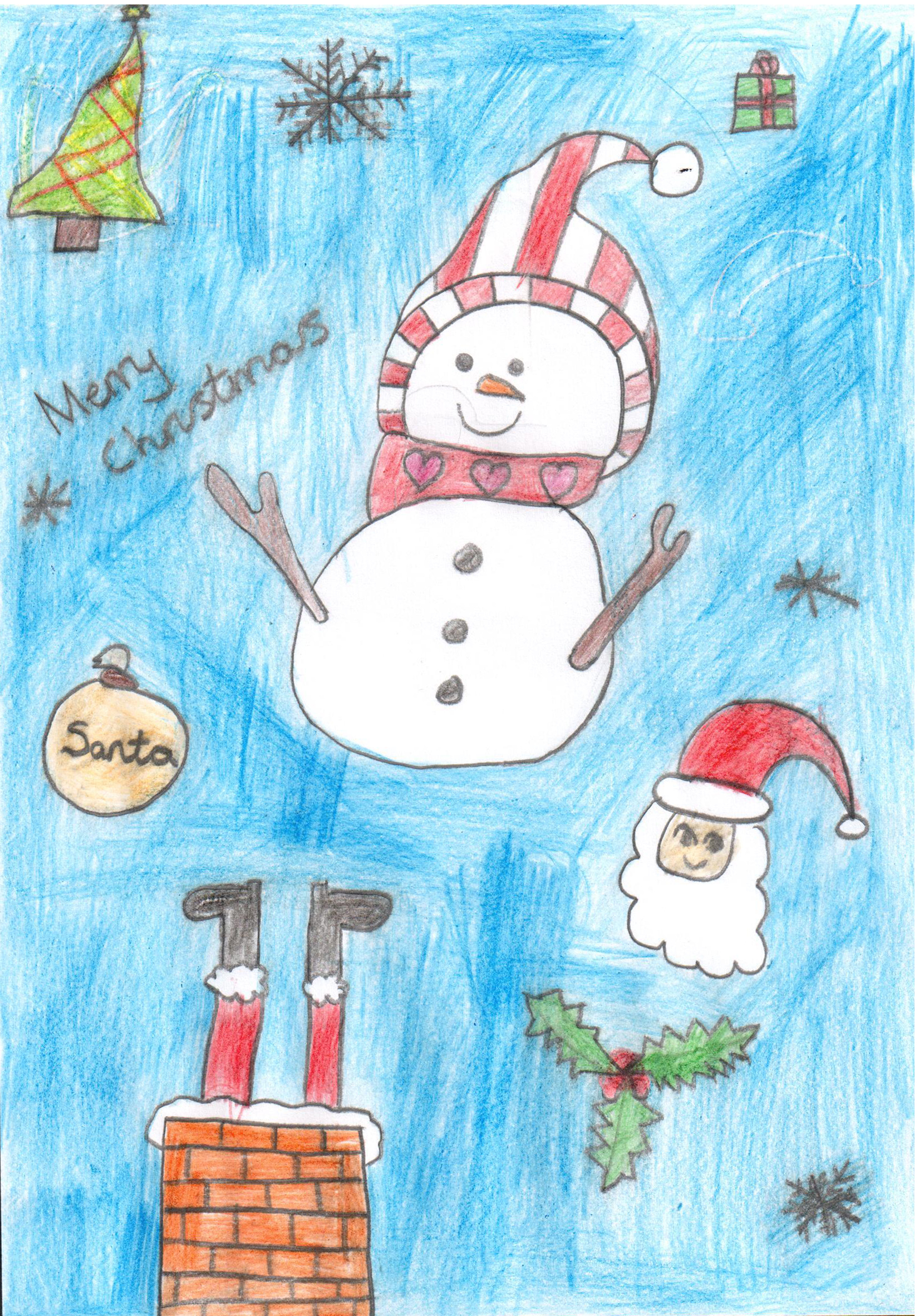 The contest was won by Millie, aged 10, from Shirley Community Primary School. The runners-up are Stephanie, Age 7, from Mayfield Primary School; Tania, age 8, from Colville Primary School and Harriet, age 3, from Homerton Nursery.

Hundreds of local school children entered this year’s competition, with pictures showing a range of festive scenes. Millie won the competition with her drawing of a snowman along with a Father Christmas heading down a chimney. The image will now be on the front of the Cambridge MP’s Christmas card, which is delivered to local charities and organisations.

Daniel who picked the winning entry said, “I would like to say a huge thank you to all the schools that took part in the competition this year. There were so many fantastic entries that picking the winner and runners-up was a rather difficult task.

Millie’s entry was festive, colourful and brilliantly drawn. There was clearly a lot of time and effort put into the drawing and I am very grateful because now I have a fantastic Christmas card to send out to people.

The standard this year was exceptionally high and I must say, some of the entries were incredibly imaginative! Great to know that there are so many aspiring artists in Cambridge.”

The Co-Heads of Shirley School, Mrs Leach and Mrs Kidney, said, ” we are thrilled to hear that Daniel has chosen Millie’s Christmas card entry as the winner of this year’s competition. Lots of children responded to Daniel’s request for a Christmas card design; we are delighted that Millie’s design stood out and has been chosen for his Christmas card this year.

We would like to thank Daniel for coming to personally congratulate Millie and we are especially excited about receiving his Christmas card this year.”